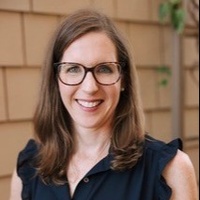 Amy has always loved personal finance, however it often felt overly complicated. She could save but would end up using that savings to pay off her credit card every month. She played the game of charging everything for the points but didn’t want to pay the finance charges!

It wasn’t until she was married with a baby, out of savings, and having to carry a balance on her credit card that Amy realized something had to change. Amy and her husband stumbled across a simple step-by-step plan to guide them to a place of stability, security, and control with money. In just 24 months they were able to pay off $245,000 in debt and cash flow some home repairs and fertility treatments.

Amy is a wonderful addition to the Safe Harbor Team. She lives in Red Bank, NJ with her husband Walter and two daughters. Amy has a degree in Finance and Entrepreneurship from Baruch College in NYC.